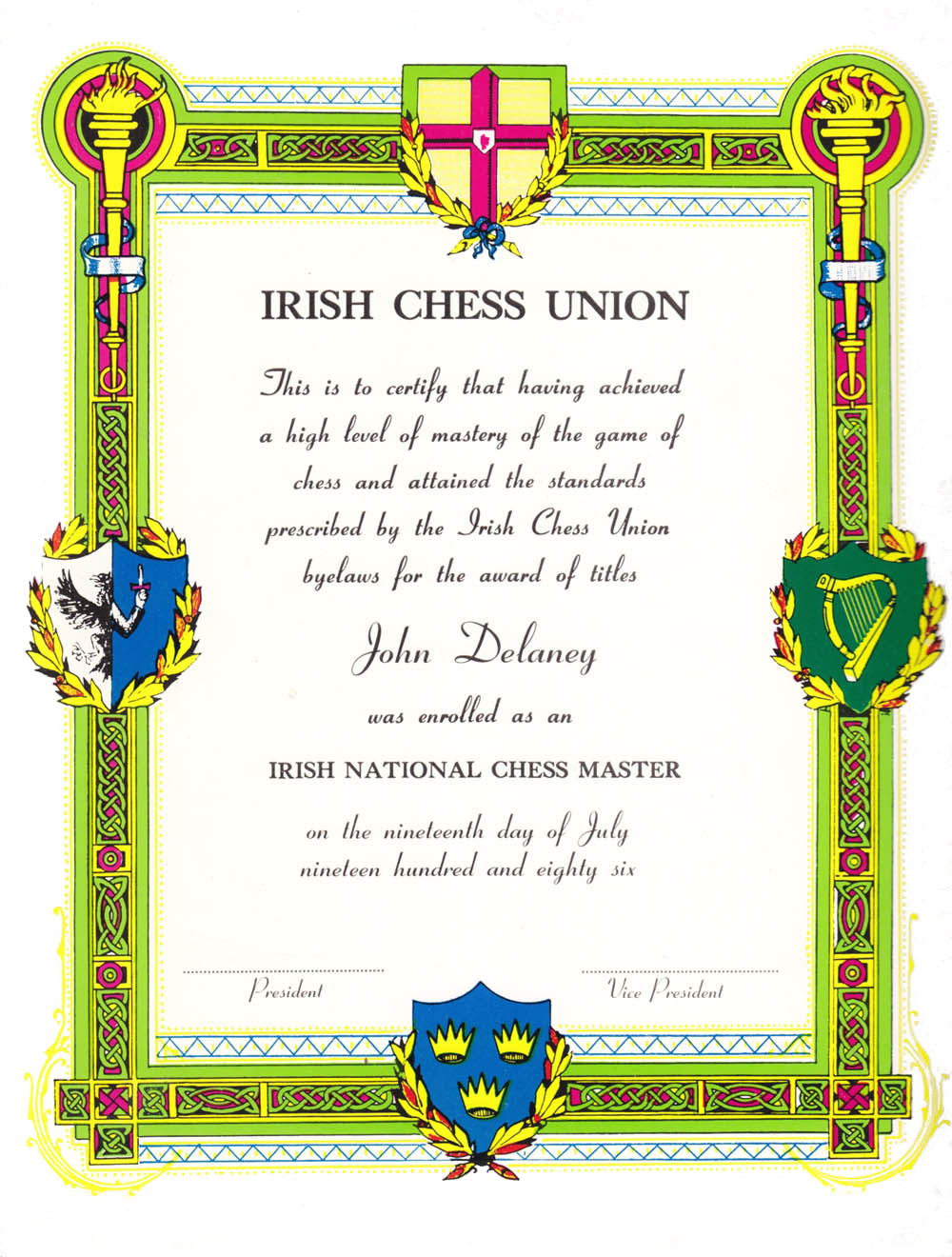 If you have any information that would improve this article please contact [email protected].

An example of the certificate awarded is shown on the right.

In 1976 Brendan Hayes, then chairman of the ICU Grading Committee, proposed the awarding of national chess master titles:

Some records survive of the process by which a working scheme came into existence:

The system eventually adopted provided alternative routes to the title: winning 3 Irish championships, gaining a FIDE title or winning enough "master points". Further records relate to the working of the system in the 70's and 80's:

From these records and other notes kept by Fred Harte, we know that the following players were awarded the title:

At some stage during the 90's, the INM award scheme came to a halt although it's not clear why. Possible reasons for the demise of the system are: